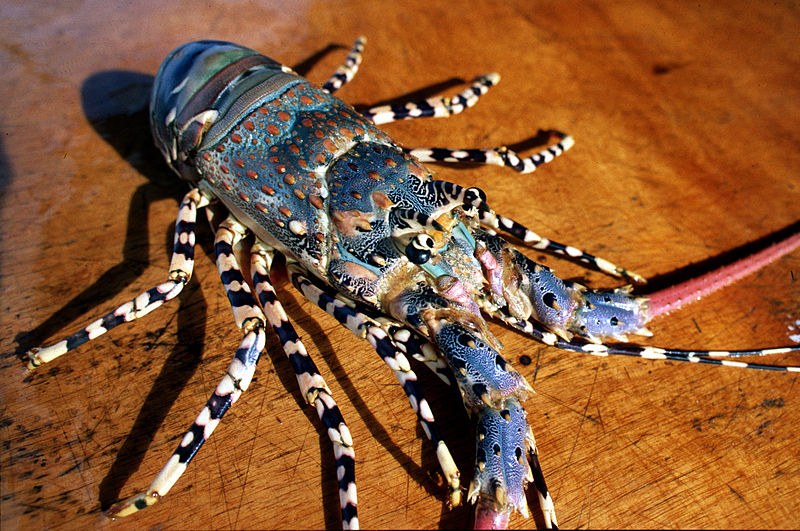 The achelta (meaning "no pincers") is an infra-order of decapods which includes the spiny lobster (Palinuridae) and slipper lobster (Scyllaridae).

There are over 80 species of spiny lobsters which are present in temperate and tropical oceans throughout the world. They are a prized seafood in many countries, especially in east Asia. 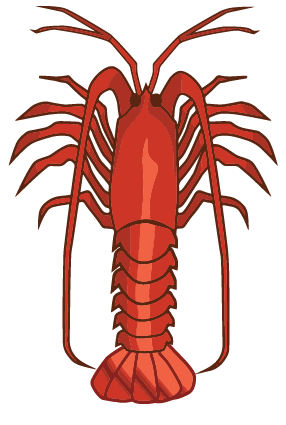 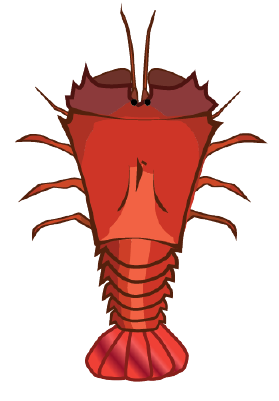 Achelatan lobsters begin life as a planktonic phyllosoma which lasts for 2 - 20 months, depending on the species. This strange creature can grow as large as 70mm in length, and its incredibly flat body is one of many adaptations which make it virtually transparent.

The phyllosoma is an active predator, reaching out and grabbing almost any creature that drifts within reach of its tiny chelipeds. 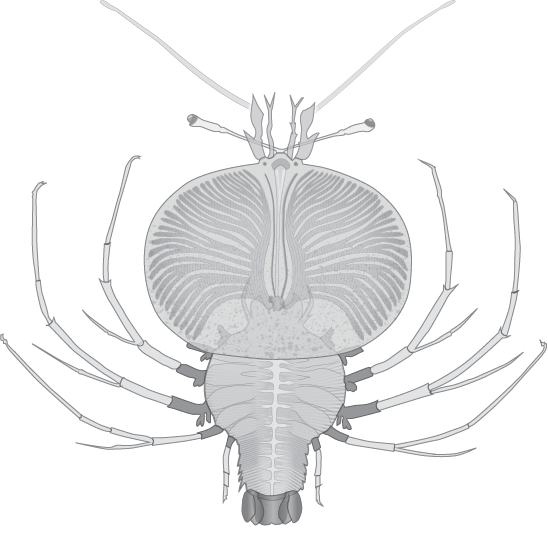 Following the phyllosoma is the shrimp-like puerulus. This streamlined swimmer is designed to migrate back to the coast, in search of rocky reef habitat to settle as an adult lobster. In this phase it doesn't eat, but instead consumes lipid stores accumulated in the phyllosoma phase. It is estimated that a puerulus can sustain a journey of up to 20km to reach the coast. 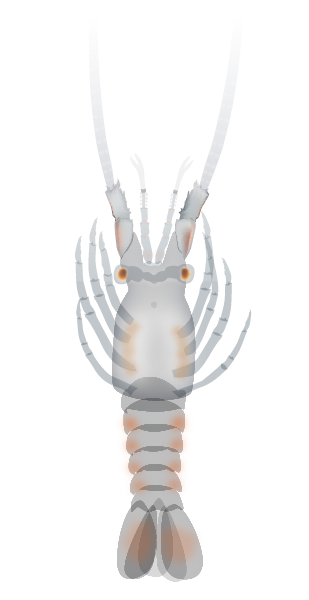 The closer the phyllosoma comes to metamorphosis, the further the hepatopancreas retracts. Since the larva is highly transparent at this stage, this progression can be easily seen with the naked eye. It takes the animal less than 30 minutes to molt, as it flat body shrinks inwards as the brain and eyestalks migrate from the tip of the cephalic shield to the front of the mouthparts - approximately half the body length. 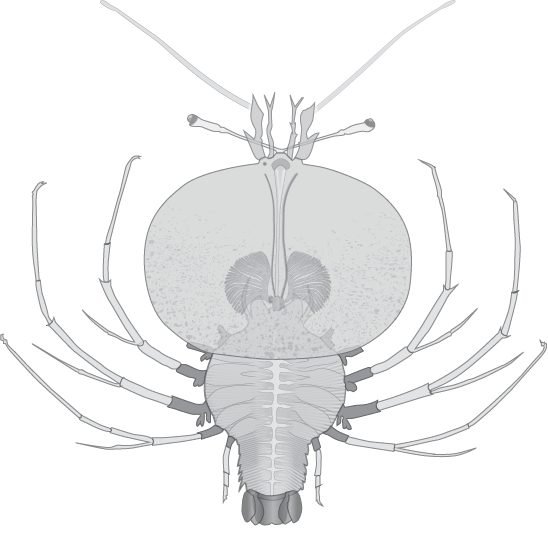 The gut-retracting phyllosoma presents a nice opportunity to investigate metamorphosis by giving a visual indication that metamorphosis is about to happen.

By taking advantages of the state-of-the-art hatchery facility at the Institute for Marine and Antarctic Studies (Tasmania), we collected 36 ornate spiny lobsters at 12 developmental time points across the phyllosoma, puerulus and juvenile lobster. 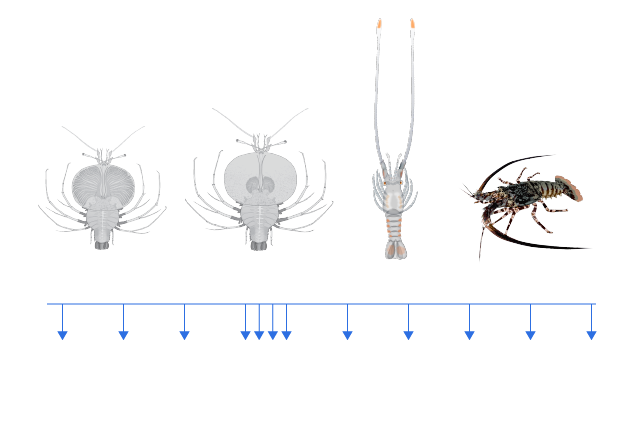 With high temporal-resolution around the phyllosoma metamorphosis, this dataset captures key molecular events around molting and metamorphosis, as well as allowing for comparison between the feeding and non-feeding stages. This dataset allowed us to capture the expression of the nuclear receptor superfamily (pictured right), whose members play a central role in the coordinating molt and metamorphosis.

This was the founding dataset of CrustyBase and is available to search here. 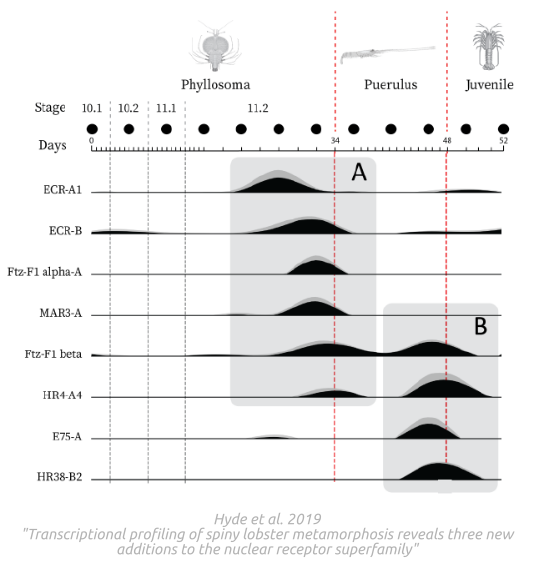